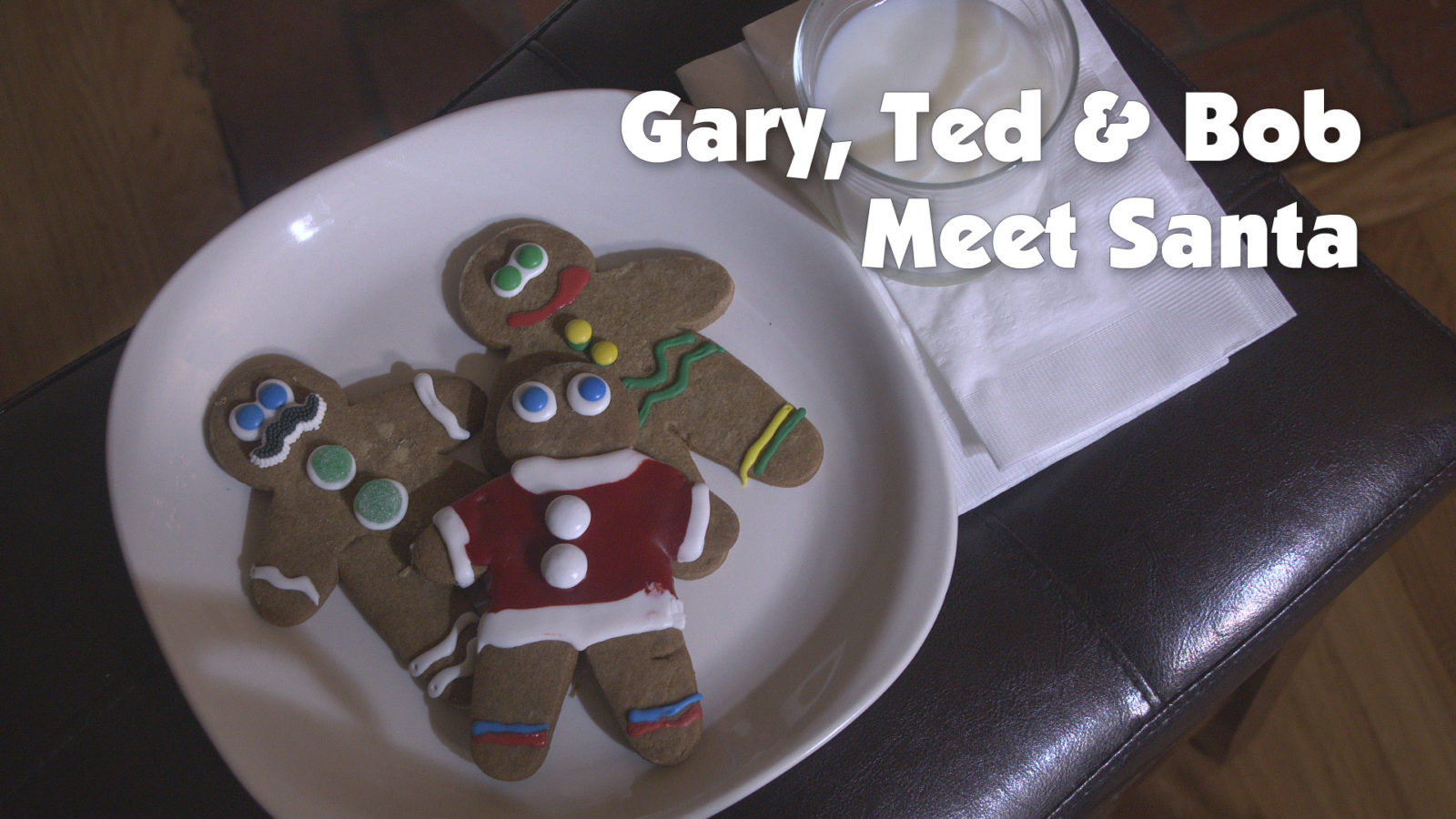 We had a very limited crew on this one, and were lucky that friends let us shoot late into the night in their living room. We shot on the Sony FS700 with my Odyssey 7Q, and lit with LED fresnels. The moving shots were done using my 4-foot old-school speed rail slider. We didn’t have a jib, so for the last shot that pulls away from the plate at the end from a bird’s eye angle, we had to just hold the camera and slider dolly against the rails that we had oriented vertically. Mike Hammari took care of all the art, directing, and most of the writing. Both Mike and Matthew Stumphy played voices. 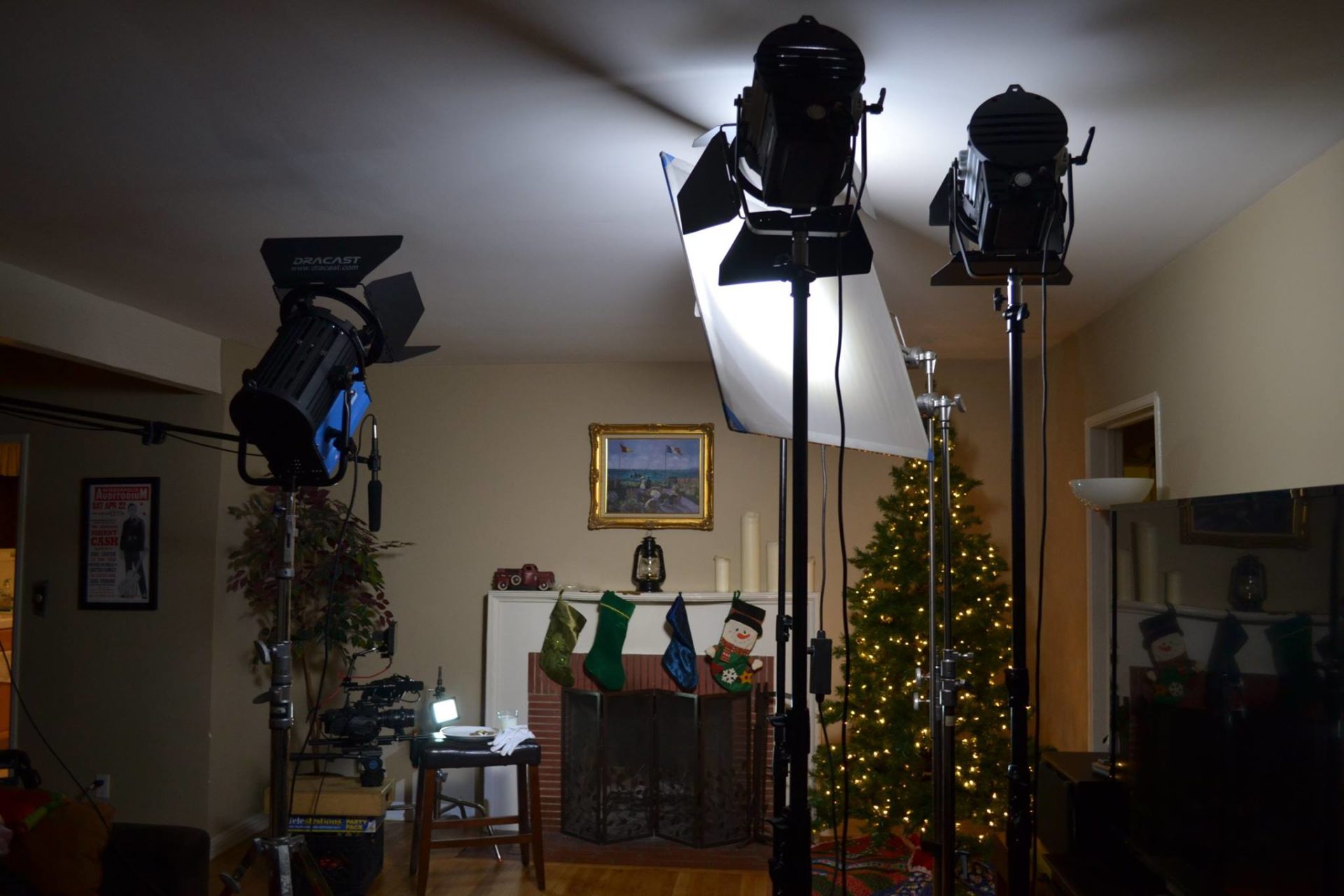 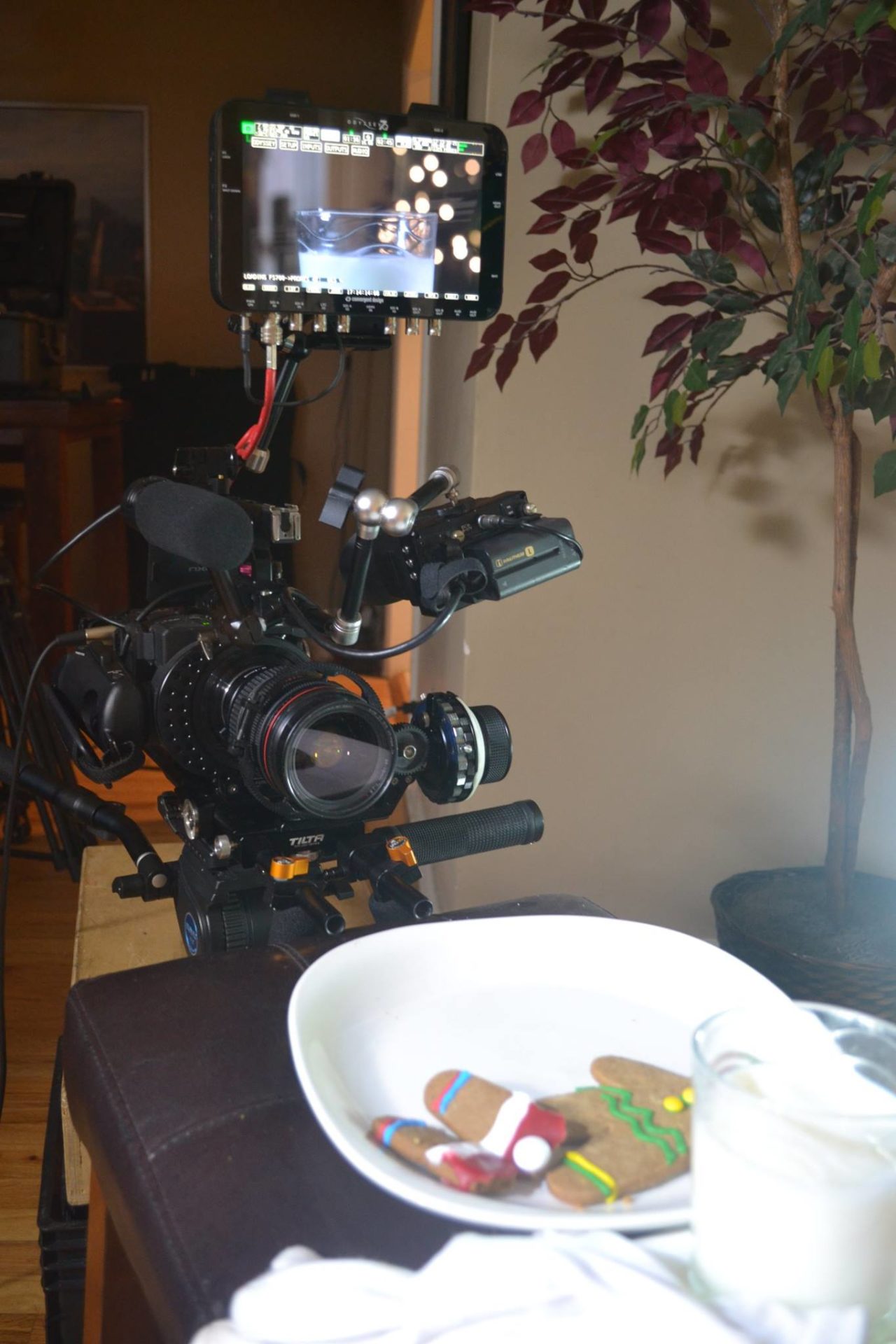